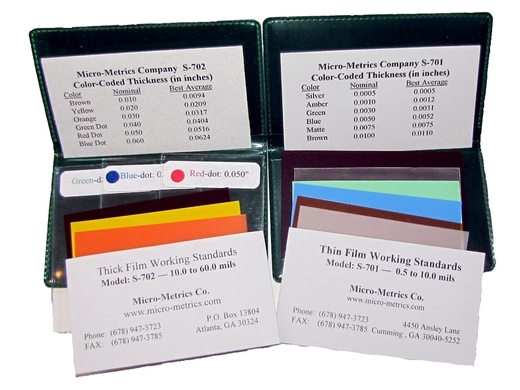 The best and most reliable means of calibration or checking the accuracy of thickness gauges is using film thickness standards. An optico-mechanical gauge such as the Tooke® Paint Inspection Gage, if set up correctly, will not be subject to appreciable calibration change, except by gradual wear of cutters and guide studs. On the other hand, “surface proximity gauges,” such as magnetic, inductance, or eddy current types generally require calibration before any series of measurements – and often within a series of measurements, especially if the surfaces are variable in type and structural thickness.

Standards are a fundamental requirement for
reliable thickness measurement.

The Micro-Metrics S-701 and S-702 Film Thickness Standards are supplied as individual chips measuring 2 by 3 inches:    are made of polyester: in the thin set (1–10 mils) and in the thick set (10–60 mils). Each film chip is identified by color.

Each set contains six chips of the film thicknesses listed below. Nominal and “Best Average” thicknesses of plastic films are printed on the Film Standard package label. The best average values are the results of approximately 100 samples measurements on the film batch. The thickness of individual film specimens is not certified. 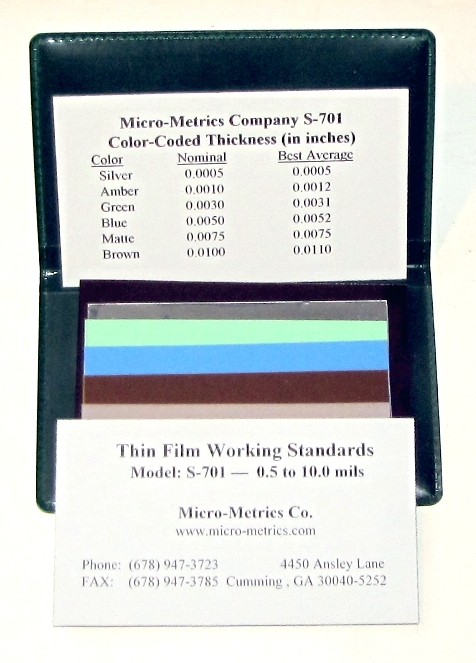 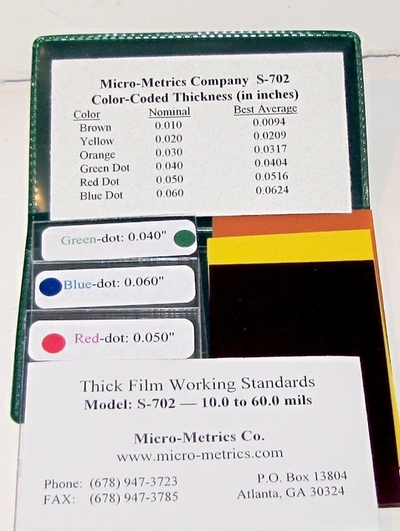 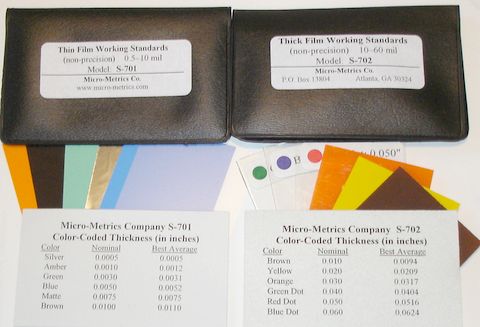 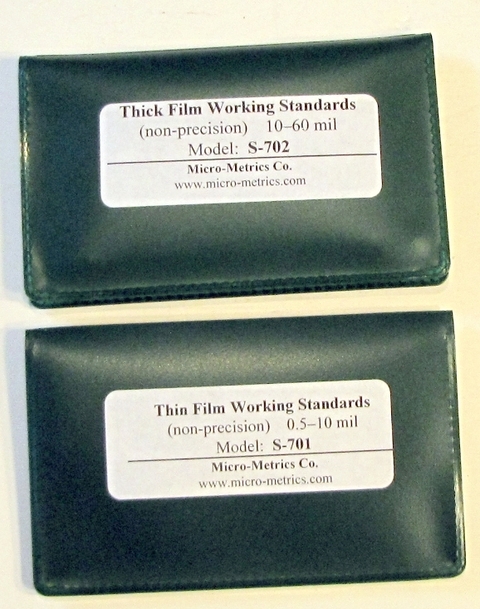