Because the white plastic can make it difficult to see the milled numbers for the leadholders, I have begun coloring the numbers. The one is red and the rest are blue, to make them easier to see quickly. 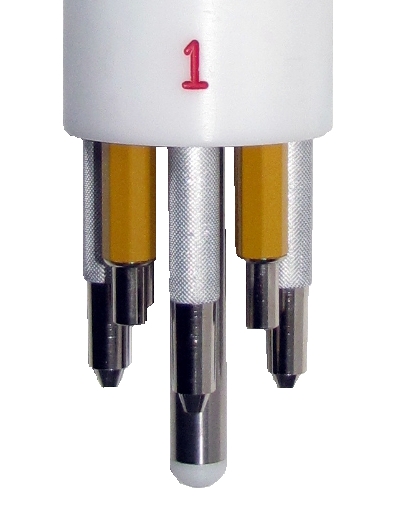 I have also upgraded the lead holders again as a few customers had difficulty with the thinnest leads sliding back into the holder. 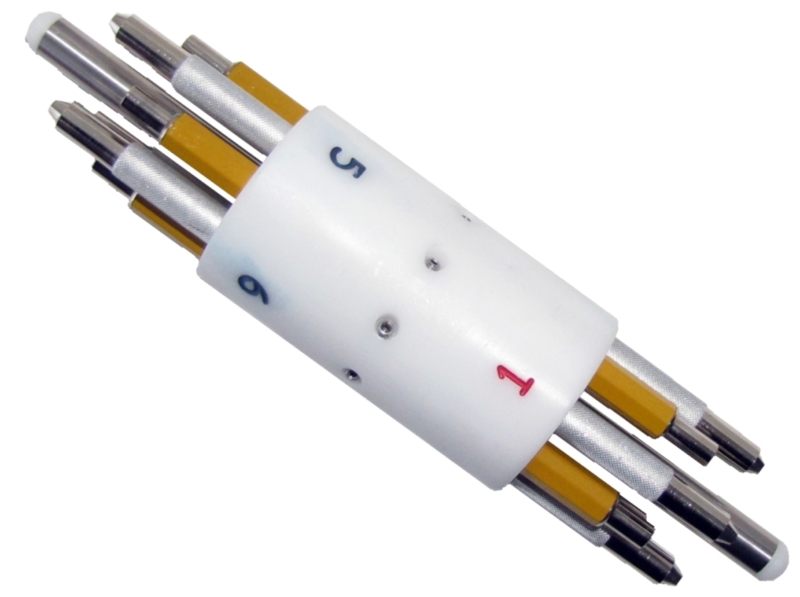 It’s been a long difficult slog, but it looks as if Micro-Metrics will finally have the new enhanced microscopes for the Tooke Gages in the next several months! (I started locating scope designers and possible production facilities back in April 2012!) I was able to test the penultimate version a few months ago, but there was one (what I hope was the) final problem with the design: 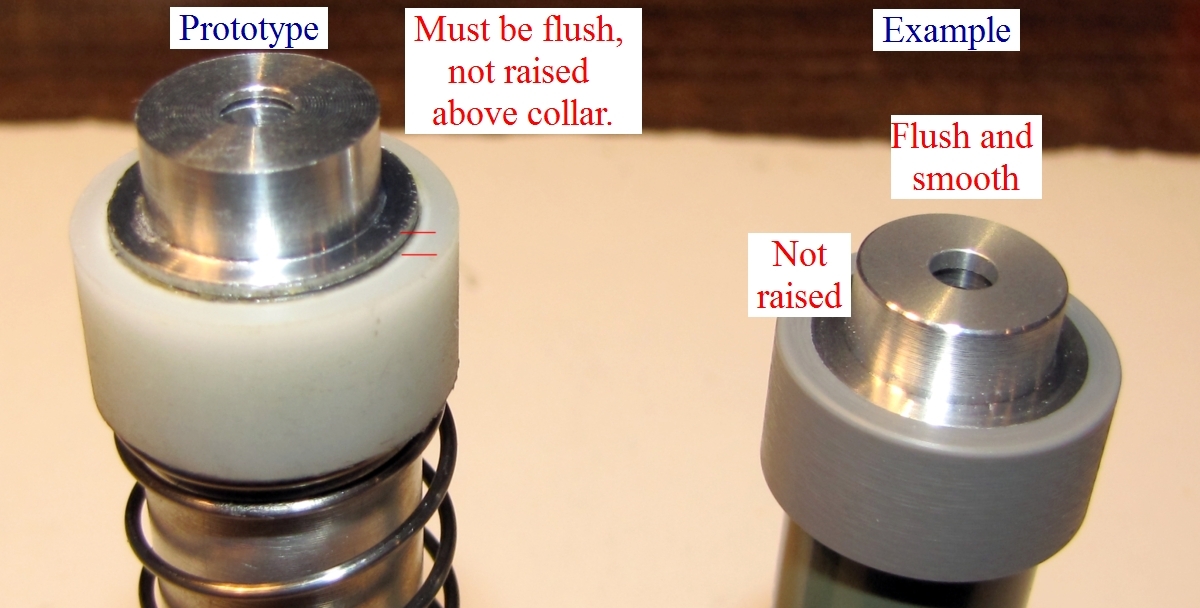 My sourcing company and the factory say this can be easily remedied. I won’t approve production, however, until I have received and tested the actual, final, perfect prototype — these new scopes have to be beyond excellent! One of my Micro-Metrics customers has been trying out the prototype for the past few months (it works, it just hangs up on the focusing screw) and he says his guys are very happy with it because it’s clear and easy to read.

I am also having designed an enhanced version of the metric scope; rather than continuing the universal reticle (which has approximately 2mils between hashmarks), I working for a “finer” reticle, with at least a fineness equivalent to the new English scopes. I don’t have the final specs on the metric reticle yet, but I’m hoping it will be at least as fine (in microns) as the new English reticle is (in mils).

For those of you with the current universal scope in your gages, I will be offering a swap program if you wish to upgrade your scope to the new enhanced version. Details to come.

(And yes, the next upgrade I will be working towards after the new scopes is a camera adapter for the Tooke Gage!)